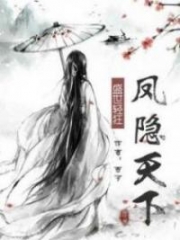 For the wedding night wine to actually have been a cup of poison, who would believe it?
The person who poisoned the wine being her husband, who would believe it!
But such a thing had happened! And that was just the beginning of her bad luck.
On her wedding night, she goes from new bride to abandoned wife, and in the blink of an eye becomes a princess married off into the wilderness of the frigid North.
Still a bride, but previously she was envied by everyone, now she receives only pity.
To preserve the life of another beautiful woman, she is exploited and becomes a dispensable p.a.w.n. But she is not a weak person to be at anyone’s mercy. Her fate, she will control it herself.

Return Of The Soldier King

Shinka no Mi Alternative : Shinka no Mi ~Shiranai Uchi ni Kachigumi Jinsei~; The Seed of Evolution ~Before I knew it I was one of the champions~; 進化の実~知らないうちに勝ち組人生~